New technology reduces the effects on health caused by remaining seated for too long during long journeys.
Studies conducted by the World Health Organization (WHO) show that approximately 1.4 billion people, in other words a quarter of the world’s population, are leading an increasingly sedentary lifestyle, which weakens the leg muscle system, including the glutes, causing back-ache. Moreover, weakened muscles increase the risk of injury from falls or sprains.
The Jaguar Land Rover Group set itself the goal of counteracting this phenomenon and developed a car seat with shape shifting technology which incorporates a series of actuators in the padding which, with constant micro adjustments, transmit the feeling of walking to the brain. 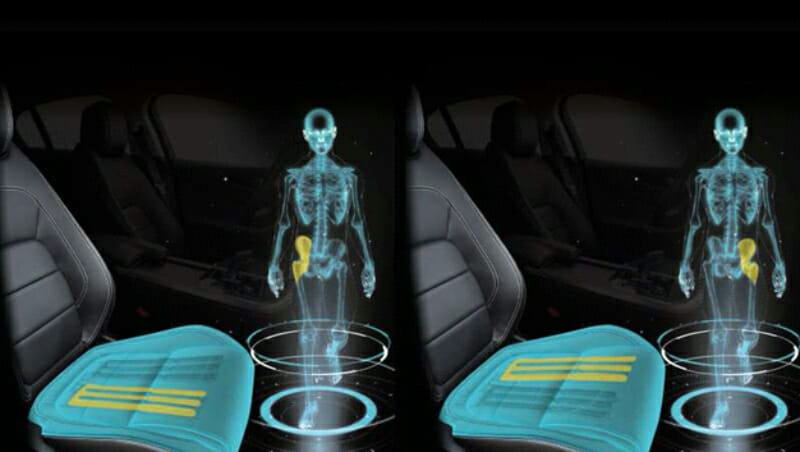 By simulating the walking movement, and thus creating pelvic oscillations, this new technology reduces the effects on health caused by staying seated for too long during long journeys.
Doctor Steve Iley, Chief Medical Officer of Jaguar Land Rover, stated: “The health of our customers and colleagues is always at the heart of our research projects. With our engineering experience, we develop the seats of the future, equipped with unprecedented technologies for the automotive world, capable of contributing towards mitigating a problem that affects people all over the world”.
The group has not yet announced when they will be ready to mass produce the Morphable seats, which are still in the experimental phase in the Body Interiors Research division of Jaguar Land Rover.

Naturally, I will be there for YOU as contact person and exclusive dealer for Austria.
Mobil: +43 (0) 664 / 1120778 or Email:
christian.poetzelsberger@aon.at